From Budapest, Bratislava is a short trip easily made in a day, which is what I did this Saturday. If you’re going by bus, it will take 2-3 hours to get there from Budapest, with the occasional stop at a petrol station along the way. We left around 9 am and arrived around 11:30 to Bratislava’s central bus station, which is about half an hours walk from the old town. We decided to walk into town, seeing as how we had no coins for a bus ride and it wasn’t raining.

Walking along the Danube was much like it is in Budapest, and the river was as grey and uninspiring as it is in Budapest unfortunately. I find that rivers in cities are never very nice, always tending to be a slate grey on even the sunniest days; and after living with a view of the Bosphorus for years, even the nicest city waterways have been ruined for me.

From the river, the city doesn’t look like much. The bridges aren’t as grand as they are here in Budapest, the buildings along the river aren’t particularly impressive, and the boats docked alongside the banks were empty and old. However, once we got into the old town, my impression of the city changed. I hadn’t had any expectations prior to this trip, and found myself pleasantly surprised by the charming little city center. Towering above the city center is the picturesque, if somewhat new looking, Bratislava Castle. The castle hill itself has held importance for the area since Roman times, and has sported castle-like structures and fortifications through the centuries, going through countless periods of restructuring, renovation, and eventually destruction in the early nineteenth century, as it lost importance. It wasn’t until the fifties that the castle was restored, which is why it looks so new compared to so many other European castles.

Below the castle hill lies the old town; a small and charming little maze of cobblestone streets, pastel colored buildings and eccentric street art. We really didn’t have a plan for our day, preferring to wander through the old town, rather than follow a guidebook, and we were rewarded by many hidden gems throughout the day. What I liked most about the city was the unexpected character it had; the strange little bronze statue of a man peeking out from under a manhole cover, the penny farthing bikes in a bike rack, the painted doors and street art, and the random little vintage stores, record shops, and book cafes. 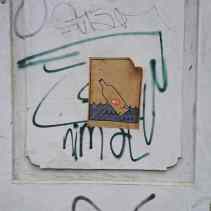 Perhaps the best example I have for Bratislava’s unique character and atmosphere is the tea house we stumbled upon, located down in a former bomb shelter. We almost missed it, and I’m sure most do, but we got lucky and figured we would check it out when we saw the sign on the street. We made it down the old stone steps into a bunker deep under the street only to find ourselves completely transported. The bunker had been partitioned into intimate little themed rooms. We found ourselves in what looked like a bedouin tent, up a little ladder, sat on Persian carpets and cushions, ordering from an impressive array of different teas from around the world. I’m sure if I lived in Bratislava I’d be there all the time, either just relaxing comfortably on the cushions, or playing one of the many available board games. This strange well hidden tea house, along with the many quaint little curiosities riddled throughout the old town made Bratislava’s old town a lot of fun to explore. 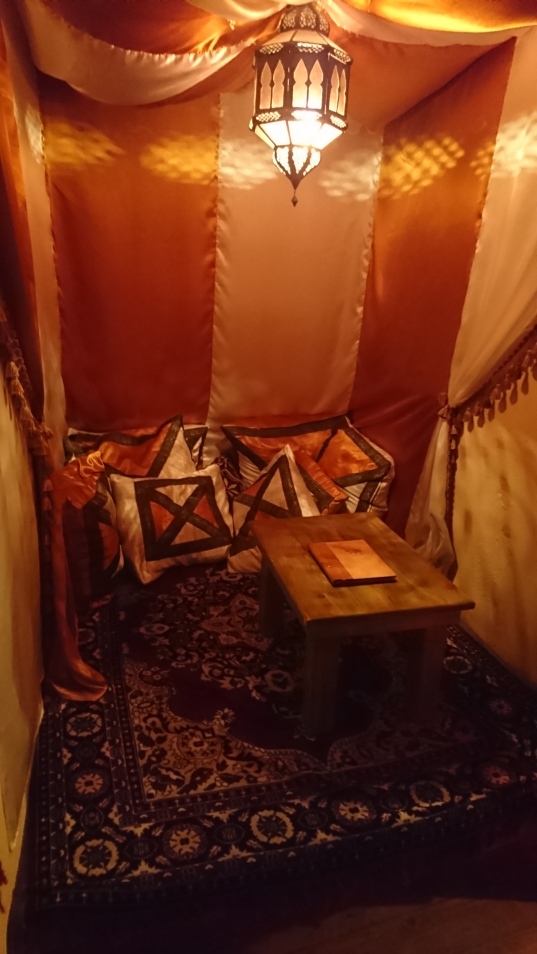 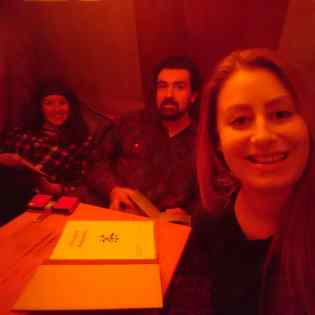 For a day trip from Budapest, Bratislava was a nice surprise. We tried a couple different cafes, and enjoyed some tasty food, good beer, and great atmosphere in each one. I realize that most international travelers wouldn’t come all the way to Europe for Bratislava, given that there are so many other well known cities around, but if you’ve got the chance to spend a day or two in Bratislsava, it’s well worth the visit for it’s understated charm and uniqueness. 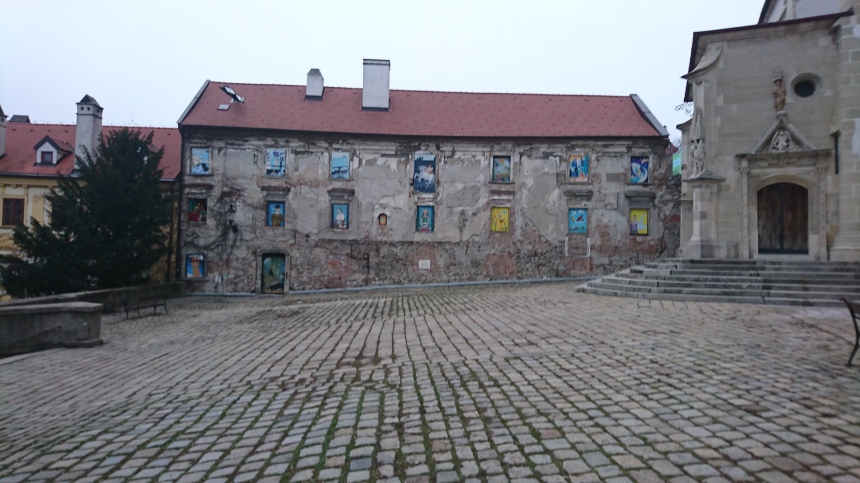