So now that I’ve been living in Budapest for a month now, I feel it’s time to share some initial impressions, experiences and suggestions for exploring this beautiful city. First of all, Budapest isn’t a very big city, at least not compared to many of the cities I’ve been in. It’s easy enough to get around the popular areas of the city by walking, or by taking the very easy to use trams and metros. Trams and metros are cheap and can take you within a ten minute walk of basically anything worth seeing.
I started off my site seeing here with some free tours and went from there. Most cities have free tours, and they’re generally well worth taking. The Budapest Free Tours were no exception, and I enjoyed the first one so much that I took two more. I took the standard tour, the communism tour and the Jewish Quarter tour. The standard tour took me from St. Stephens Basilica, which is a marvelous structure surrounded by a beautiful square, all the way across the Chain Bridge to the Buda side at Matthias Church. We saw Buda Castle, the castle district, several noteworthy buildings scattered along the walk, like the Academy of Sciences, and Gresham Castle, and found ourselves staring out at the city from the incredible Fisherman’s Bastion, which surrounds Matthias Church. This tour gave us a broad overview of some of the history of Budapest, as well as an introduction to some of the more well known sites. From here I have revisited these areas several times over and have decided that my favorite of the Buda side tourist areas would be Matthias Church and the Fisherman’s Bastion, from which the view of the parliament is paramount. 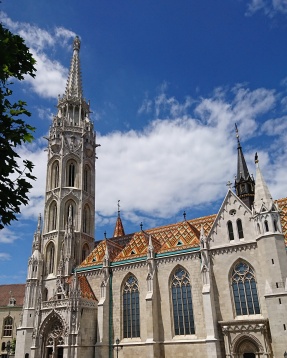 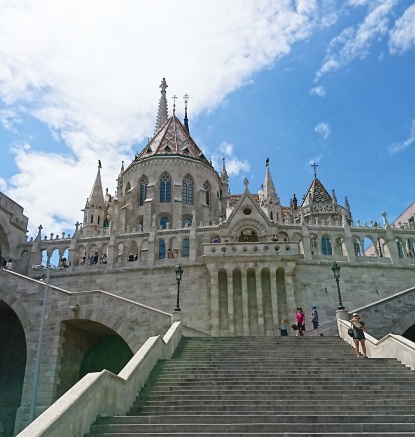 On the communism tour I learned a lot of the basic information about the history of communism here in Hungary, and while not everyone is interested in this, I personally love learning about this recent history. It’s always interesting to me to hear about what life was like during and after the communist era from the people who lived through it and can relate how life has changed since then. This tour was great because it gave me a little background information on many of the buildings and structures I see every day but wouldn’t otherwise take note of. For instance, there is a bar in Elizabeth Square that used to be a train station during communist times, but now you can relax and have a drink on the platform. It’s things like this that I find really unique and interesting, but wouldn’t have known otherwise. There are a lot of little things that I would have missed if it wasn’t for this tour, and since the tour I have done a lot more reading and exploring. One of my favorite museums here has been the House of Terror, an imposing building that was first used by the Arrowcross party (Hungarian Nazi party) and later by Hungarian secret police during the communist regime. It makes for a pretty intense visit, but was well worth it to me.

My last free tour was of the Jewish Quarter, which gave a brief history of the lives of Jews in Budapest and Hungary from the times of antiquity up until the ghettos of WWII. It was really informative and perhaps most importantly introduced me to and gave me a background of one of my favorite areas of the city. The Jewish Quarter today is full of artsy shops, unique cafes, ruin bars, and great restaurants. I have spent plenty of time in this area and keep finding new places to eat and drink and have a great time every time I’m there.
Really though, tours and guide books aside, I’ve done plenty of exploring on my own and found much more to love about this city. I love the bridges and the cobble stone streets, I love the many old train stations, and museum and university buildings for their architecture, and the multitude of churches and synagogues that nobody remembers the names of. There are so many beautiful things worth seeing here that aren’t listed in any of the top tens. There’s the real possibility that turning down any street in this city might take your breath away. Really, the best way to see things is just by wandering around on a sunny afternoon. There are monuments everywhere, and there are statues and memorial sites scattered throughout the city that are worth seeing, like the Shoes on the Danube, which is probably the most moving Holocaust memorial I’ve ever seen, and the very random Ronald Reagan statue next to a monument to the Red Army in Liberty Square. So if you’ve got the time, do the tours, but also just take the time to explore on your own. 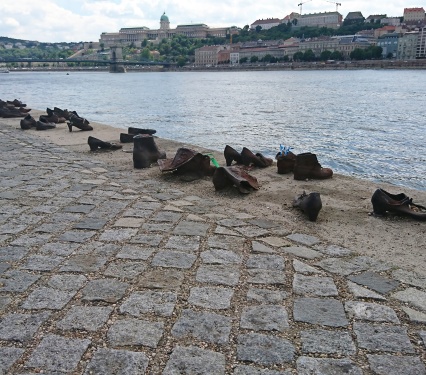 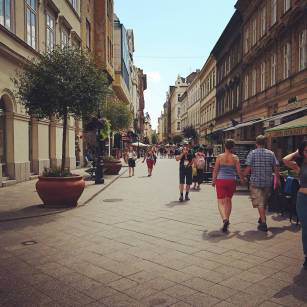 As for experiences in Budapest, spending time in the ruin bars in the Jewish Quarter is always a sure thing for a good time. There are many ruin bars throughout the city, old buildings and factories that have been turned into bars and clubs, and the atmosphere in them is unlike anywhere I’ve been. They are strange and grungy and unique and attract a wide variety of people; old and young, local and tourist. I’ve had more than a few great nights in these places, and would suggest you not miss a unique experience in one of these places; the most popular being Szimpla and Fogas Haz. They start out pretty tame early on in the evening and turn into chaos as time goes by. It’s worth going early, getting comfortable, and just seeing where the night takes you. 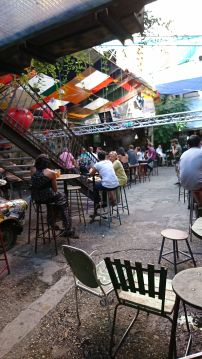 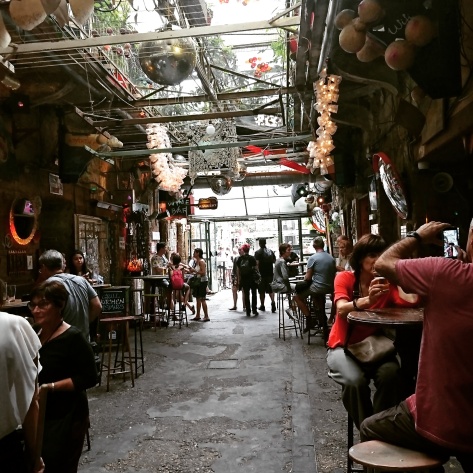 Another great experience here are the Hungarian baths! Budapest sits on top of a network of thermal springs, and has therefore been known for it’s healing waters for centuries. Today, there are many different thermal bath houses you might want to visit, either to sit in the pool and get a tan on a hot day, or to keep warm on a cold day in the winter. The most famous of the thermal baths, Szechenyi Thermal Bath, located in the city park, is the largest bath house in Europe and has 18 pools (indoor and outdoor), saunas, steam rooms, and various medicinal treatments and massage rooms. Not only is it a great place to visit during the day, but in the summer, Szechenyi hosts Spa Parties, which are certainly a unique experience. I can’t think of a better party than the one I went to here; they’re completely mad and wildly fun, and you’ll have the time of your life. Aside from Szechenyi there are many other bath houses, although as far as I know, they don’t throw wild parties. The Gellert Baths are in a beautiful location on the Buda side, nestled into the very lush Gellert hill, in an old Art Nouveau style building. There are also various pools, steam rooms, saunas, and even a red wine bath that I plan on trying out one of these days. There are more traditional Turkish bathhouses as well, such as Rudas Bath, which was built by the Ottomans during their occupation in the sixteenth century. No doubt, there are many options, but you can’t leave Budapest without experiencing at least one of the thermal baths! 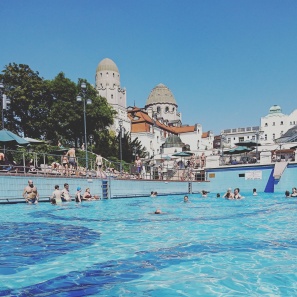 Last, but not least, the food and drinks here are worth a mention. After spending so long living in Turkey, where the culinary scene isn’t so varied, Budapest has been a welcome change. I am loving all the Hungarian foods I’ve tried; whether it’s goulash or paprika chicken, or langos and sausages on the street. Hungarian foods are rich and hearty and really tasty, and they have so many great street foods that you can buy in the squares or the Central Market Hall and will certainly not regret. Not only do they have great Hungarian foods, but they have a huge variety of other cuisines here; it doesn’t matter if you’re in the mood for Mexican or Indian, Thai or Lebanese, you’ll have no problem finding a place for it! This is what I was missing when I was living in Istanbul, and I’m so thankful for the possibilities here! When it comes to drinks, they have many great Hungarian wines and beers, as well as the local favorite, palinka. Palinka is a strong spirit made out of basically any fruit on hand, and Hungarians love it. It’s a strong drink, but if you’re offered it, you can’t turn it down! 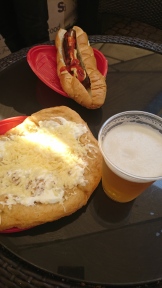 There are so many things to do and try here, and I’ll write about many more in detail as time goes. I simply can’t put into one post all the highlights I’ve had here so far, because there is so much to do and try! For a relatively small city, it has a great deal to offer, and I’m glad I’ve got a year to explore and experience this place, because a short holiday would certainly not have done me! 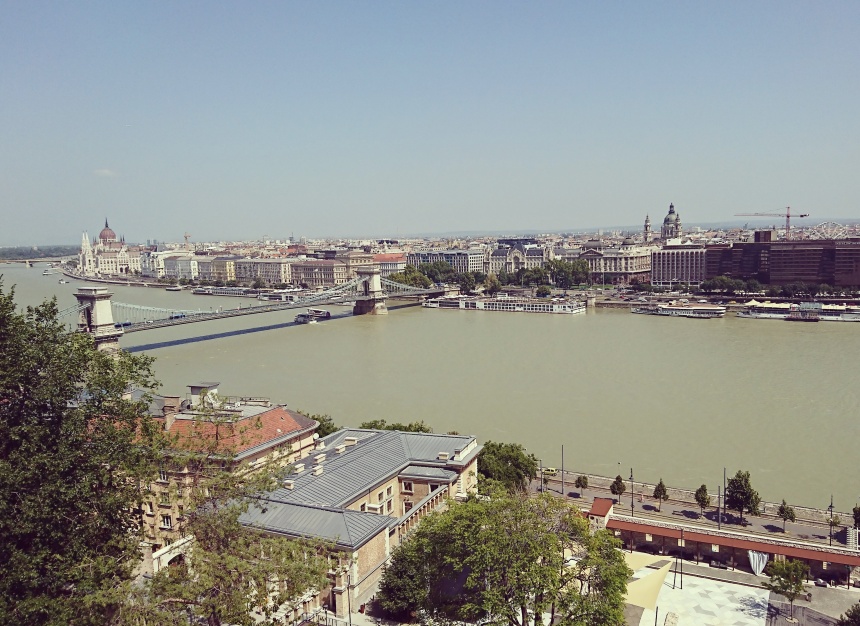 2 replies to A Month in Budapest