I haven’t met too many people who have been to Bulgaria, and even less who make it a top travel priority. For me, there was a bit of sentimental value to the place, as my late aunt’s father was from this city. My mother and my aunt were half sisters, and I’m told that my grandmother met my aunt’s father when he was wounded in the Czech Republic during the war, and needed a place to recover. I’m not sure how much of the story is true or romanticized, as it sounds awfully romantic to me, but apparently my grandmother helped nurse him back to health and fell in love with him (or at the very least, had some sort of brief affair). He left when he was healed and I’m not sure that he ever returned to the Czech Republic. My aunt however, did visit Sofia to see him, probably when she was about my age. My aunt passed away a few years back, and I’m sorry to say that I didn’t know the story back then to have asked her about it. I never knew she visited Bulgaria until I was there, and my mother told me she had.

Although this family history was in the back of my mind before I went, I honestly went more for the convenience of the trip; after all, Bulgaria is such a short trip to make from Istanbul. Despite this, as I found myself wandering through the cobbled streets, among the picturesque buildings and ornate churches, I found myself thinking more and more about what my aunt might have thought when she was there. Did she wander down the same streets I had? Did she visit the same churches and marvel at the history? Perhaps, but perhaps not; at the time she visited, which must have been in the sixties, Bulgaria was a communist state and ally of the USSR. So what must the city have been like when she had visited? Certainly, like any of the countries in this part of the world, it must have been very a different place in those times. Although I can’t ask her now, I’m sure she would have loved Sofia as much as I did if she could visit it now.

Sofia was in every way a pleasant surprise. Like I said, I decided to go mostly out of convenience; I wanted to get out of Istanbul for the long weekend and Bulgaria was a very short flight. I wasn’t expecting much, to be honest; afterall, nobody I know had visited and raved about it. I had not done much research on Sofia or Bulgaria in general, hadn’t looked up much about it, and really had no expectations of any sort. I didn’t know what a long history the city has, or that it has so many interesting stories from the communist period. I didn’t know the people were so wonderful or that the city would remind me so much of Western European cities, with it’s cobble stone streets, and beautiful architecture.

As I have come to understand since my first day in Sofia, there is a long history in the city, which has provided evidence of habitation far back into antiquity. The area around Sofia was settled by the Thracian Serdi tribe around the 8th century BC, later to be occupied briefly by the Macedonians, and then by the Romans, during which time it was named Serdica. In the 3rd century AD the city became an imperial capital and major center for the Roman empire, reaching it’s peak under the rule of Constantine. I was told while I was in Sofia that while Constantine made Istanbul, or Constantinople, the capital of the his Eastern Roman Empire because of it’s strategic strengths, he always loved Serdica more. Who knows if this is true, but I certainly wouldn’t blame him if it were. After the Roman period, the city was overtaken by the Bulgars during the first Bulgarian Empire. The first Bulgarian Empire was then overcome by the Byzantine Empire, and Serdica was occupied by the Byzantines until the 11th century AD. Come the fall of the Byzantines, the Second Bulgarian Empire emergred, and Serdica was renamed Sofia. Of course, in the 1400’s the Ottoman Empire swept through the Balkans and conquered Sofia along with many others like it. The Ottoman Empire held the region for nearly 500 years, and Bulgaria was only free from Turkish rule in 1878. It then became the Kingdom of Bulgaria in 1879 and Sofia was named the capital. During the Second World War unfortunately Bulgaria found itself on the losing side, and much of the city was destroyed by bombs dropped by the Allies. However, despite being allied with the Axis powers, Bulgaria managed to delay and avoid sending their troops and their Jewish population over to the Germans, and no mass extermination of Bulgarian Jews took place. Bulgaria remained quite a passive ally to the Germans, and by the end of the war they were caught between German troops and the Red Army. By the time the war ended and the Red Army rolled in, the Soviets were welcomed by the people as liberators. Bulgaria surrendered to the Soviets and this led the way for the communist regime in Bulgaria. I was vaguely aware of some of this history, but had certainly not delved into it much before arriving in Sofia, at which point I was enlightened during a Free Sofia Tour.

Taking the free tour was probably the best thing we could have done, as it gave a brief overview of the sites and just enough history without being dull. We walked through Sofia, which is the best way to see this city, and learned of these various layers of the city through the monuments remaining. Sofia is full of reminders of the various stages of it’s history, from the Roman ruins you can see throughout the city, to the 11th century Bulgarian Orthodox church, Sveta Petka, and the Church of St. George, a red brick church amid old ruins, which dates back to Roman times. On top of all this, you’ll also see communist bloc housing, the communist headquarters, and Soviet monuments throughout your walk in the city. Somewhat unfortunately, Bulgaria is outmatched in it’s utter disregard for some of it’s Roman ruins, and as opposed to seeing the ruins roped off and set into a museum, you’ll often see them on the sides of the road where the city has been somewhat torn away to reveal them, and while you enter the metro, where they have exposed them. You can also find the remains of the the Amphitheatre of Serdica, not in a big archaeological site or open air museum, but in the basement of a the Arena Di Serdica Hotel, which they promptly built on top of the ruins after they were discovered. However, while they haven’t made their Roman ruins a priority though, they are still visible, and more than worth a visit to the metro or the hotel. 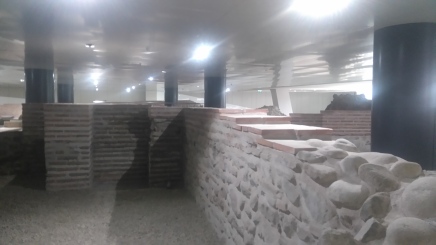 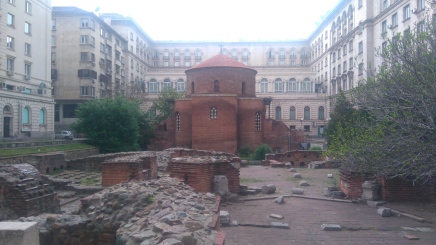 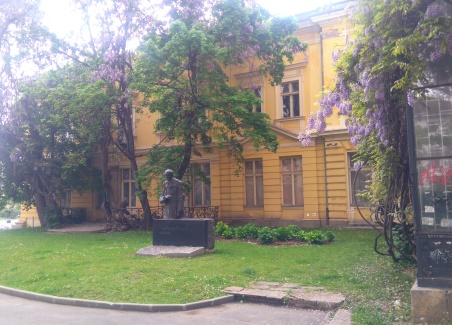 Along with the Free Sofia Tour, we also took a Communism Tour. It seems the communism tours draw a great deal of interest, especially from people like myself, who grew up far removed from this part of history. Many of my fellow tourists were certainly old enough to remember the USSR, but for many of us, seeing the communist architecture and monuments of the regime is quite a novelty. There is certainly much to know, and communism here, like any other place, has generally a bad name, but we were also enlightened to some of the few positive aspects of the regime; such as gender equality and education. We were also taken down back alleys where the secret police operated, to churches that were hidden behind buildings, away from the eyes off the police, and to the empty lot that used to be the site of a mausoleum for a dictator. Fortunately, communism doesn’t seem to have left such a damper on the city, as I found was the case in Bucharest. In Bucharest I could feel in the atmosphere the hardship and loss that the city and it’s people suffered during and after the fall of communism, whereas in Sofia, I didn’t. I certainly saw many remnants of the regime, and heard stories from Bulgarians about their families during those times, but the actual feel of the city was not so depressed as it might have been. The people here smiled easier than they did in Bucharest, and atmosphere in the city was livelier and lighter than it had been there. Perhaps this is because communism did not end in violence here, like it had in Bucharest, or maybe times were not so tough back then as they had been in Bucharest, or maybe it is simply that the people here are so vibrant and resilient. 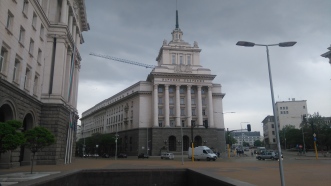 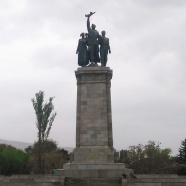 I only stayed a few days in Sofia, but I loved it there, so much more than I thought I would. One of my favorite things in Sofia, aside from of course the magnificent Alexander Nevsky Cathedral that I could sit and stare at for hours, was the Square of Tolerance. I’m not sure that this is an official name, or just a colloquialism, but it is an area in the center of the city that has come to symbolise religious tolerance. In each corner is a different religious temple; the Banya Bashi Mosque, the Sveta Yosif (or St. Josef) Catholic Cathedral, the christian orthodox Sveta Nedelya Cathedral, and the Sofia Synagogue. These four structures represent a different religion and yet they stand only a few blocks apart, and are all historically important and well respected by the people in Sofia. There have apparently never been clashes between the different religious populations here and the Bulgarians say that this square is proof that people of different faiths can live alongside each other peacefully and respectfully. I visited each of the temples and they were all stunning, but I loved the symbolism of their placement more than anything. This city really surprised me likely more than any place I’ve been. I simply didn’t have any expectations, or perhaps if I did, they were humble. I’ve certainly fallen in love with many places, but I never expected to enjoy this place or the stories I heard here as much as I did. I will try to make it back someday, and if anyone asks, I’ll be sure to tell them that Sofia is worth the trip. You don’t need a long time or much money to see the sites and enjoy what the city has to offer, but if you give it a chance, Sofia has much more to offer than you’d expect. The churches are beautiful, the history is rich, the people have stories to tell, and the wine will certainly not disappoint! 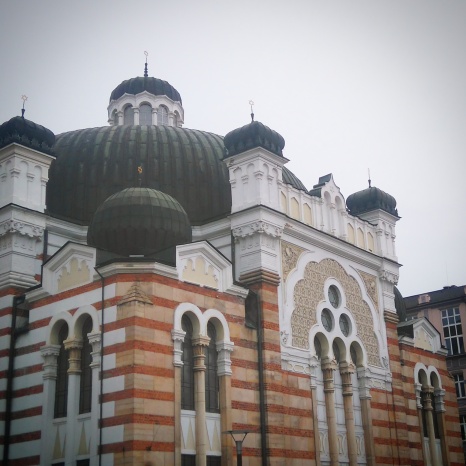 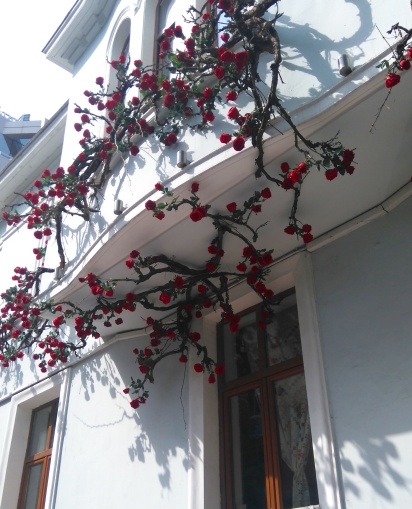 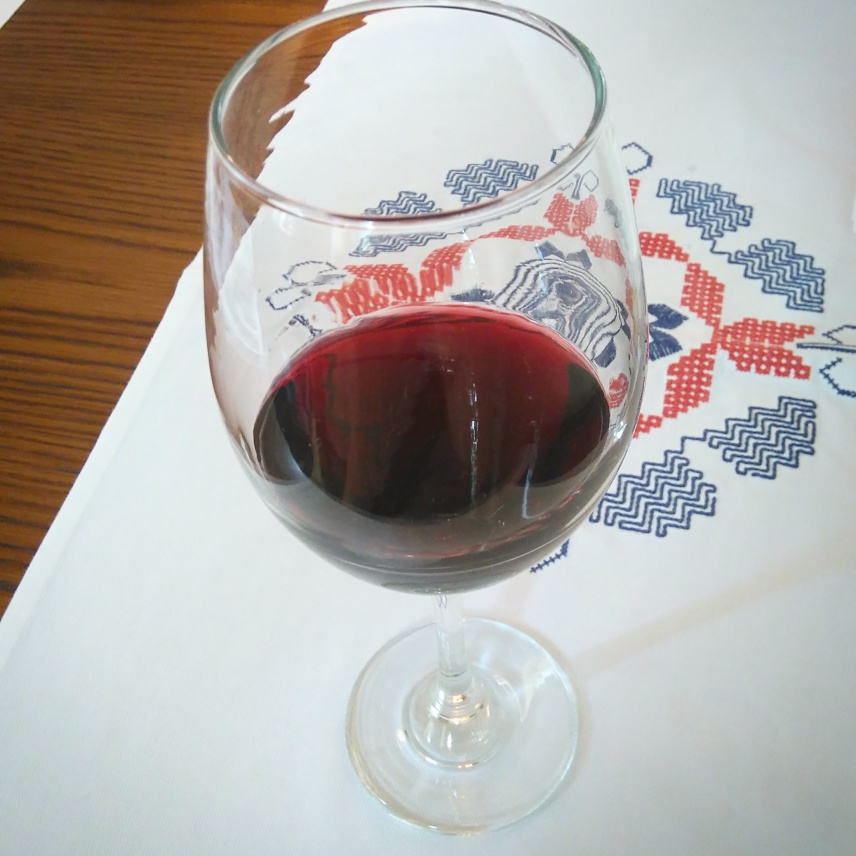