My first impression of Dubai can be summed up in one word. Hot. I arrived at the beginning of summer and coming out of the airport after midnight to 30˚ weather was a sign that I was in for some heat. Aside from expecting it to be hot, I really didn’t have any expectations. Before going, I would hear so many different opinions and other people’s expectations, but I never really had one. Before finding a job in Dubai, I had never really thought twice about the city or the UAE in general. Some people thought I would have to wear a headscarf, some thought it would be too expensive to enjoy on my salary, some thought that everyone there rides camels, while others thought everyone had a Ferrari. Some friends thought it might be too populated, and that nobody would speak English, and others thought that it would be some scary sort of police state.

I’m happy to say that Dubai shattered those expectations others had shared with me, and thoroughly surprised me. I find that Dubai is a strange city, and I adore it because of this. Dubai itself, the city center, is full of the upper middle class and the wealthy, and generally, having money makes things easier; however, if you haven’t got the money, there are many places slightly further from the center which can be affordable. The city isn’t really very big, like some had told me before going. It is easy to memorize in a short time, although you may still get lost occasionally when driving, because all the buildings are sand colored, and the turn offs from the highways are all really similar and loopy. The city is tall, as you’d imagine the home to the Burj Khalifa might be, but in area, it really isn’t so huge. It’s also not a busy city, I found that it was never too busy or too empty. The streets outside are especially not crowded, as the heat keeps most people inside in air conditioning. And as for everyone being Arabic and not speaking any English? That was an entirely naïve concept. Not only does Dubai feel reminiscent of a British colony at times (trust me, there are a LOT of Brits there), but the entire city is built around being international, and the Emiratis and other Arabic speaking people who live in Dubai speak English as well as I do anyway. Dubai is certainly the most diverse, inclusive and accepting place I’ve ever been. 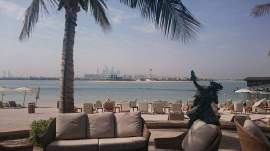 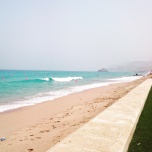 When I say diverse, inclusive and accepting, I mean that the city has been built up by so many different people from different places, that this diversity is integral to it’s being. I literally never met an Emirati during my time in the Emirates. They are either billionaires and stick to their beachside villas and sky high clubs, or they make up the lower economic class and generally live in the towns and areas outside of the city center. However, I did meet quite a lot of everyone else. There are people from everywhere in Dubai, and because nobody is really from Dubai, there is so much more general acceptance. There’s none of that prejudice against foreigners moving in, because the majority of the population in the city is foreign. There is no prejudice as a whole generally, because there are so many of every type of person; black, white, Asian, Southeast Asian. There’s no discrimination in that way, because Dubai is a city of outsiders. Not only is the city made up of foreigners, it is made up of intelligent, educated, creative foreigners. So much of the innovation in the city has come from foreign architects, engineers, artists, and scientists. And contrary to many other countries, the Emirates welcome the newcomers. 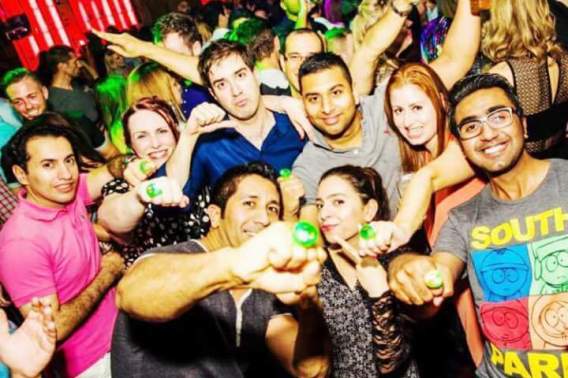 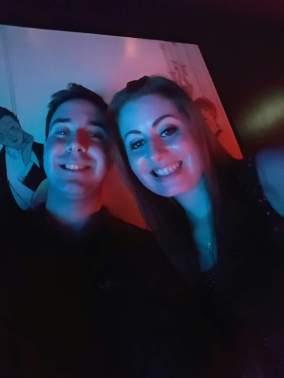 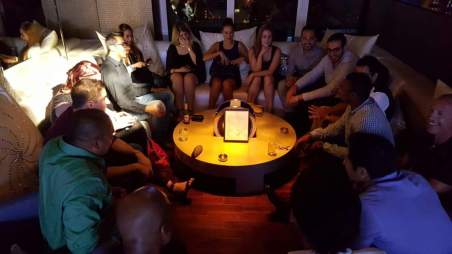 I would also mention that Dubai is the most impressive place I’ve ever been. Dubai specifically is a relatively new city. I spoke with a man there in his fifties, who said that when he first moved to Dubai thirty years ago, there was only one skyscraper and a single bar in the area. He said when they would go out for after work drinks, everyone knew everyone – like you find in small towns. Now, the city is big and complex and full of everything you could think of. The sheer intelligence and money and manpower that has gone into building Dubai is impressive to me. The city is a desert, and yet there are lush gardens and greenery along the roads and throughout the city; simply the effort and innovation of keeping up the city is incredible. They simply don’t have the fresh water to support the city, and yet, they have found a way – they desalinate their salt water instead, which costs a huge amount. I’ve found that there is nothing that cannot be done or built in Dubai. If they want islands, they build islands, if they want snow, they built a ski hill. There’s nothing that you can’t find in Dubai, they’ve thought of it all. There are skating rinks, theme parks and water parks, underwater hotels and the biggest natural garden in the world (I’ll remind you that it is a desert). You can play tennis high in the sky above Dubai, and swim in pools that will make you dizzy to look down. You can swim with sharks and dolphins, and ride a camel on the beach (or even play polo on a camel – apparently that’s a real thing). You can sky dive and drive Formula 1 cars, have a literal gold facial, and eat actual gold ice cream.

Dubai is full of imagination and innovation, and there is something for everyone there. If you like cinema, they have the biggest screams and the highest definition. If you like Belgian beer, there are places that important only that. If you want literally any kind of food, they’ll have a restaurant just for that. There are Irish pubs that you’d swear were in Ireland until you step out into the heat and humidity. We used to shop at a grocery store that would literally fly in whatever you need for your recipe; if we needed a type of fish from the coast of Indonesia, they’d fly it in that week. It is incredible how much is possible there, and while some things are expensive, golden facials for sure, not everything is a ridiculous price. There are ways to enjoy the luxuries and unique things Dubai has to offer, without spending the money. There are always packages and special offers to be had, contests to win, and sales. Dubai is definitely an experience; in every way.

Working in Dubai can be stressful, as it is so competitive, but while everyone works hard, they also play hard. There are countless bars and clubs and legendary Dubai brunches. If you have a chance to make it to Dubai, a champagne brunch is a must. Friday Brunches can have a loud, party atmosphere, or a more subdued affair, but generally many include unlimited drinks. I’ve been to brunches that last all afternoon, complete with a DJ to keep the party going until the evening. The nightclubs and restaurants are always packed on the weekends (which are Friday and Saturday in the Emirates), and there always seems to be something going on to enjoy with friends, family or colleagues. There and art shows, ballet and opera shows, screenings of various films, and various festivals put on throughout the city. The UAE has realized this need to unwind after a long week of stressful work, and have even appointed a ‘Happiness Minister;’ whose job it is to ensure that people living and working in the Emirates are happy. This means not only is the government working towards better labor policies (not that they’re bad now), but that there is always an abundance of outdoor music festivals, downtown food festivals, and free shows around the city.

Dubai really does have something for everyone, and I don’t really have a bad word to say about my experience there. I will always love Dubai, but in the end, I think it is a wonderful city to experience and to visit, but not necessarily a home. Don’t get me wrong, living in Dubai is not hard, in fact, it’s too easy. Everything is so accessible, and made so easy that I feel that one might get quite lazy living there. You don’t even have to go out to have your hair and nails done. Another thing is that while there is a generally very fun atmosphere, the city doesn’t really have a soul. There is no real Emirati culture evident, but a mix of so many others. I also consider the city somewhat shallow, in the sense that everything there is fake. The gardens and lakes and beautiful scenery is all contrived, as much as the buildings are. The parks and zoos and even the islands are man-made, and while I’ve already said how impressive this is, and it will never cease to impress me, it’s not the environment I’d like to live in forever. Overall, I love Dubai, and I’d love to visit every year, but I wouldn’t want to stay too long.