The week after my university graduation I was finally on my way back to Tanzania, this time to the coastal city of Dar es Salaam. I had somehow scraped enough money together for the one-way flight, with a plan to work as an au pair for a prominent family there. I honestly can’t remember being so excited and nervous for a flight to land. I had maintained a long distance relationship with a Tanzanian man while I was away, and of course had friends I was looking forward to seeing; but generally, the whole ordeal was risky. I was going to move to an African city I’d never been to, to be with a boyfriend I hardly knew, to work for a family I’d never met. Certainly, to say I was taking a leap of faith would be an understatement.

When I say I was moving for a man, this is half true. If I’m honest with myself, and had been honest with him, I think I was really going for the place, and for his family. I think I was always more in love with the country and the feeling that being there gave me than I was with him. This is nothing against my ex, because really, I don’t think I’ll ever love a person more than I love that country and the times I’ve had there. I had been somewhat adopted by this family so quickly, and I loved having that big extended family (as African families are) in my life. This is not to say that my own Canadian family isn’t close, we are, but there is something so great about all of a sudden having a bunch of brothers and sisters who treat you as though you have always been family. This is the small scale explanation of how being in Tanzania feels to me; it feels like coming home.

My first impression of Dar es Salaam was that it was chaotic, and loud, and colorful and vibrant. I wasn’t quite sure how I might like it as I sat in the car on the way from the airport; the traffic was awful and there were so many people everywhere. The streets were loud, with the sound of music, and people, and cars. The roads were bumpy and there were people at every open window trying to sell their trinkets and tissues and peanuts. I would be lying if I said it wasn’t a little overwhelming at times in those first few weeks.

The family I had come to work for turned out to be quite well known and influential. He was the wealthiest man in Tanzania, she was a former Miss Tanzania, and their twins were two years old. I was one of two nannies; not an au pair, as I had assumed, and trust me – there is a difference. Standards for domestic help in a place like Tanzania, I’m sorry to say, are not high. We worked seven days a week, from 7 in the morning until around 10 o’clock at night. The children were spoiled and moody, and the days were long. In the month that I worked there (only a month you’ll note), I had only one outing from the property and that was to the doctor for a UTI. And I’m sorry to say that that was the highlight of my stay with that family.

When I left that family, I moved into a house that had a dirt floor, no glass in the windows, awful yellow walls, no furniture, and no running water. I was literally living on the edge of a slum. When most foreigners move to Dar es Salaam they end up in the comfortable, white, Western-friendly areas. Where I lived is by no means the norm, so if you’re thinking of moving, don’t worry, you will likely have running water and a real floor. Dar es Salaam is a big city, and there are so many different kinds of accommodation. If I move back, of course I will definitely invest in a new, modern apartment. That being said, I was broke, and I really came to love our home. I was the only white person in the whole neighborhood, but instead of people bothering me (as might have been the case), they helped. When I was home alone and needed to buy some water to wash with, the neighbors showed me where to go.  When I needed soap to wash my clothes, or clothespins to hang them, the old lady in the house adjacent gave them to me. When I didn’t know where to find some food for lunch, one of the men who used to sit on the street outside took me by the hand and brought me to what I presume was someone’s kitchen, where they fed me and were so happy have a meal with me. Those people that I lived alongside were initially intimidating to me, as I wasn’t confident in the language, and the area was so incredibly unfamiliar, but they offered me the food off their tables (although some really didn’t have tables), and help when I needed it. 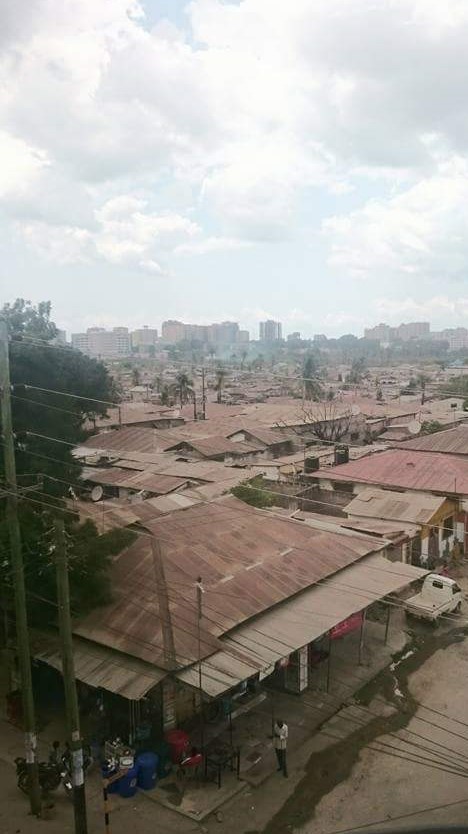 My ex and his friends ran a shisha bar in town, and I spent most of my time there. When I say “shisha bar” I mean that it was a stone patio with a small room and sheet metal roof over it. There were three guys who worked in the bar making the shisha, two of which slept in the back room. However simple that bar was though, I had some great times and met some good people that I still call friends today. I learned a great deal from those people there. I learned about the different cultures that intermingled in that bar, I learned about their daily lives, their families, all about Tanzania, and I learned about their beliefs. I learned some Swahili and practiced my French. Most importantly to me though, I learned people’s stories. One of the young men who worked there had a scar from his forehead to his chin, and one day told me the story of that. There was a man who man who smuggled drugs from South Africa to Tanzania, and his story was anything but dull. I learned the stories of people’s lives, how their family came to Tanzania, how they grew up, how they live now, and how they came to be in that same place that I was. After a while, they stopped treating me like a foreigner and started making me practice Swahili with them; one of the young men who came to the bar even surprised me one day with an English/Swahili dictionary to help me. 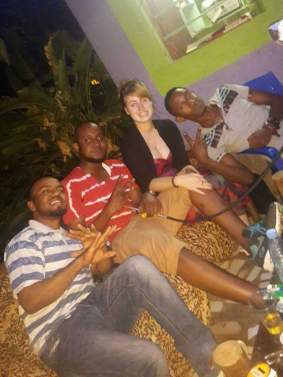 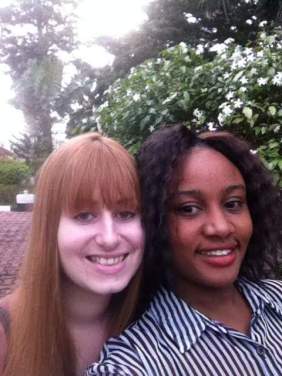 Life in Dar es Salaam could be difficult. It certainly wasn’t all rainbows and happy people everywhere. Life is not kind to everyone there, as it is not to us all in our countries. I saw hardships and I was asked countless times for help because I’m white and I must have money. I can’t tell you how overwhelming it was at first, and how even going to the shops seemed stressful to me. Life moves fast there and everyone is trying to make something for themselves, nobody wants to work for someone else, so they spend all their time coming up with business plans. They open shops or make arts or sell things on the streets. Everyone you meet will tell you they’re a business owner, even if that business means they have 4 TVs and plan on selling them. Tanzanians are innovative and smart, and they are usually hard working. On the other hand, they also know how to have a good time; you haven’t partied until you’ve partied with Tanzanians.

While I say life in Dar es Salaam can be hectic, it is still an African city, and anyone will tell you that things run differently on “African time.” African time is a little more relaxed than our time – if there is a meeting set for 10, it might be at 9 or it might be at 11. So aside from just being busy and full of people, things are somewhat all over the place anyway, because deadlines and dates and schedules are so fluid. African time isn’t the only thing that is rather flexible. I used to say anything is possible in Tanzania, because literally everything, from the food at a restaurant to the traffic rules are negotiable. If you want food from a restaurant but don’t want to go out, ask them to deliver, whether they offer delivery or not. People don’t always stop at red lights, drive the wrong way down one way roads, rarely stop at stop signs and barrel through pedestrian crossings, regardless of how many pedestrians will have to dive out of the way. And if you’re stopped by a police officer? Offer twenty bucks and he’ll be on his way. And while this is entirely shocking to most Canadians, and definitely dangerous, it is also somehow wonderful to know that there are no impossibilities. This is slightly less so in Arusha and other small cities, but in Dar es Salaam, it seems to me that anything goes.

I ended up leaving back to Canada when I had so completely run out of money, and maxed out my credit cards that I literally had no other options. I never wanted to go, and sometimes I wish I had worked harder at finding work. This is just the way things work out sometimes though, and that is okay. Even when I had no money, my new friends in Dar helped. They offered their food, their homes, and their friendship, and this was worth so much. Never in my life have I had so little, and had so few options than at the end of that stay in Dar es Salaam, and yet, I never felt alone or hopeless, because I had so much support. The support didn’t come from friends and family in Canada, but from these people who had known me for only a short time. There are many hardships in Tanzania, and there are many different ways of living in Dar es Salaam. At times I thought I couldn’t live there, and at other times I couldn’t even comprehend how much I loved it. I learned though, that even when you have nothing, anything is possible, especially in Dar es Salaam.